New research says you could lose weight by ditching your partner! - Slimming Solutions

New research says you could lose weight by ditching your partner! 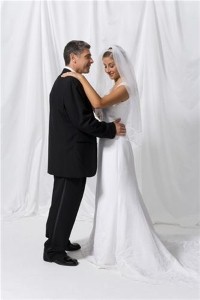 Most women could lose weight by ditching their loved one – but only if their  partner makes them happy and content with life.

Experts have come up with a revolutionary new way for women to lose weight – ditch their husband or boyfriend! A new study reveals that women who are happiest with their partners are the ones who put on most weight.

Statistics appear to prove they gain 7lbs over the first  year of a new relationship because they eat more when they’re content with life.

By contrast, men tend to lose more weight when they’re happy, with 39% saying they shed an average of 4.1lbs during the first year of a relationship.

Sarah Bailey, of online pharmacy UKMedix, the company who conducted the survey, said: “It seems that our frame of mind has a huge impact on our weight and, although men seem to lose weight when in a happy relationship, the average woman will gain half a stone.

“But as long as you’re a healthy weight, this shouldn’t be anything to worry about. Happiness can give you a huge health boost, and is probably more important than squeezing in your jeans.”

The majority of women questioned admitted they were at their thinnest when they were single and less happy with their lives but simply being happy piled on the pounds.

But, according to Mail Online, a sizeable chunk also pinned the blame on their new partner and his poor diet with another 24% did claim being unhappy triggered a weight gain.

Ironically, 45% of men say women’s healthier approach to eating help them lose weight, with another 30% admitting their weight loss came after their new love had put them on a diet.