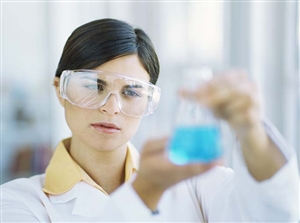 Scientists from Maine in the US have discovered a new protein that could help people to lose weight and keep it off.

The protein, called Sprouty, is responsible for regulating body fat and bone mass, so it not only gives hope to those looking for a weight loss miracle, but also to those who suffer from osteoporosis.

In experiments the researchers found that the more of this protein that mice with human genes expressed, the leaner and stronger they became.

When mice with low levels of Sprouty were made to express more of it, they lost weight and their bone density increased.

The research has been published in the September 2010 issue of the American Societies for Experimental Biology (FASEB) Journal.

“Sprouty – well named – gets to the roots of extra fat and shrinking bone,” said Dr Gerald Weissmann, editor-in-chief of the FASEB Journal.

Last month, researchers at Virginia Tech University suggested that water could be the miracle weight loss drug that people have long been searching for.

They found that drinking two glasses of water before a meal reduces the number of calories consumed by between 75 and 90.

What weight loss products would you recommend?