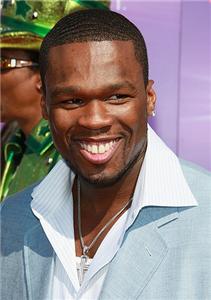 Rap lovers may have been surprised to see recent images of 50 Cent, after the star revealed how he had to lose weight fast in order to successfully appear in a new movie.

Images of the star were made available online earlier this week, showing what the singer looked like after he shed nearly 4st so he could appear in Things Fall Apart.

A liquid diet is said to have helped the singer in his weight loss efforts.

Meanwhile, he also made use of a treadmill in order to lose the required pounds.

However, the star was quick to reassure his fans that he should soon put the weight back on.

“I’ve been eating. I’ll be back in shape in no time,” he is reported as saying.

In the movie, 50 Cent plays the part of a cancer patient.

This is not the first time 50 Cent has been a star of the silver screen, with the rapper also appearing in Get Rich or Doe Tryin’.

What are your weight loss goals?