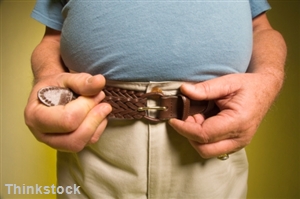 New drugs could be developed that make people want to exercise more, recent research has suggested, which could help slimmers to lose weight more quickly.

Biologists at the University of California, Riverside, found that the desire to exercise is a heritable trait that can be passed down from one generation to the next.

They made this discovery through studying mice and found that those who ran a lot were more likely to produce offspring that were also very active.

Theodore Garland Jr, whose laboratory conducted the research, said: “Pharmacological interventions in the future could make it more pleasurable for people to engage in voluntary exercise.”

He added that such interventions “could also make it less comfortable for people to sit still for long periods of time”.

Those looking to make changes to their diet in order to lose weight should drink more water, researchers from Virginia Tech University have suggested.

They found that two eight-ounce glasses of plain water, consumed before meals, suppress the appetite.

If a drug that made you want to exercise more was invented, would you take it?