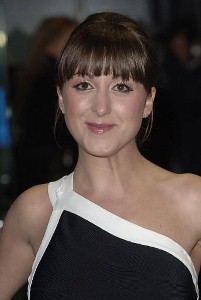 Celebrities often aim to lose weight fast, in a bid to fit into that figure-hugging dress for a red carpet event or a bikini for a photo shoot. This week, former EastEnders star Natalie Cassidy showed off her recent weight loss, revealing a body that would make most women proud.

The actress and mum-of-one has lost three stone in two months, shifting the weight after breaking up with former fiance Adam.

Speaking the Sunday Mirror, the 28-year-old said: "I have been through the mill with weight.

"I have been a size six, I've been a size 16 – bordering on an 18. But I am a size ten now, and I feel that I am the weight I should be."
The actress also admitted that she has to work very hard to stay in shape, exercising regularly to prevent piling on the pounds.

Natalie isn't the only soap star who has lost weight recently – Emmerdale actress Pauline Quirke revealed earlier this month that she lost over six stones in just six months.