Myleene Klass talks body image and being a role model 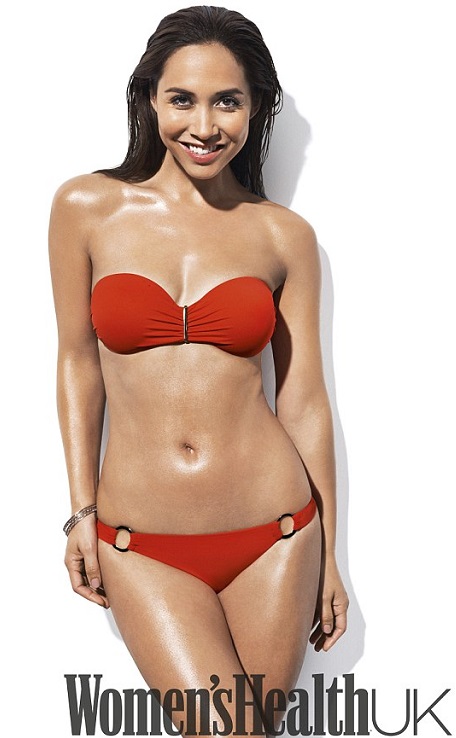 Myleene Klass is gracing the cover of this month’s Women’s Health magazine, and wearing a bold red bikini that shows off her fabulous figure to full effect.

In the interview, the 36 year old TV presenter opens up about her relationship with her body, and the importance of body image now that she is a mother of two.

Myleene says that despite being famous for her body, she doesn’t feel that she has the body of a model, and instead simply embraces her imperfections.

“I’m 5ft 5in and I’m not a model but… I’ve learned to make the best of what I’ve got – short legs and bandy arms and a long back and terrible posture, but I don’t wish to be anything else. It’s probably my points of difference that have made me a success.”

Being a good role model

Myleene says that having her children means she shuns any kind of extreme diets.

“In this job, you never quite know when you’re going to eat next. It’s only since having children I’ve actually been able to get myself into a routine, because I have to sit down and give them three meals a day.”

Myleene says she keeps fit and lean through her new passion for boxing, which she also credits with emotional benefits.

Copy link to paste in your message

“Psychologically, it’s amazing to beat the s*** out of the pads.”

You can read the full interview with Myleene Klass in the July/August issue of Women’s Health magazine, on sale now.