Most women ‘don’t feel slim enough to don their swimwear’ 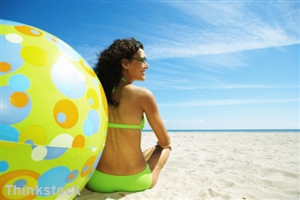 Almost three quarters (73 per cent) of women have admitted they dread the thought of donning their swimming costumes in public, suggesting that they dislike their bodies and would like to lose weight.

In the national survey, conducted by YouGov on the behalf of Slimming World, 85 per cent of UK women said they are unhappy about their weight.

A parallel survey of 3,300 members of slimming clubs revealed that 62 per cent are dreading wearing revealing clothes, with 39 per cent feeling unable to go on a beach when on holiday.

Some 35 per cent were found to dread meeting new people while 21 per cent said they feared not being able to fit into tight airline seats.

Dr Jacquie Lavin, Slimming World head of nutrition and research, said: “Psychologically, the summer holidays can be a great time of year to start your weight loss journey.”

“Starting to shed unwanted pounds before heading off on holiday is great for self-esteem,” she added.

One way women could achieve weight loss is to take diet pills such as Zotrim, which was proven by researchers at the University of Liverpool to reduce caloric intake by around 18 per cent.

Do you feel confident in your swimwear?