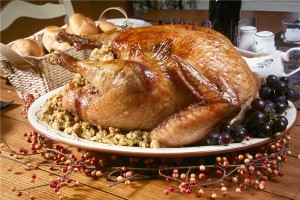 Making meals rich in protein could contribute to slimming by reducing hunger pangs.

This is according to a new study from the University of Sydney, Australia, which asked 22 people to follow a set diet for four days.

While the meals were the same, they were modified to include ten, 15 or 20 per cent protein.

It was discovered that people on the lowest-protein diet reported being hungry just two hours after eating, while they also ate 12 per cent more food as a whole because they resorted to snacking in between meals.

Co-author of the study Stephen Simpson explained that because there is now more processed food available than ever before, our bodies may not be getting the nutrients we need.

"When protein in the diet is diluted by extra fat and carbohydrate, even by a small amount … we keep eating in an attempt to attain our target level of protein," he commented.

Recent research from McMaster University in Canada found that eating a high-protein, high-dairy diet could keep women slimmer than they would be otherwise.

Will you give a higher-protein diet a try?