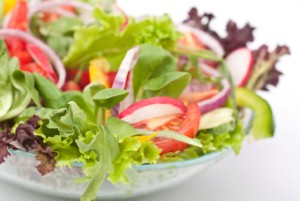 The most effective way to lose pounds and keep them off is to eat in moderation, according to one weight loss success story who has shed seven stone.

Student Becki Sherlock, from Essex, told the Stoke Sentinel that she began to pile on weight when she went to university and in the space of three months had gained over 40 lbs, prompting her family to do a double-take when she returned for the holidays.

As her weight continued to increase, despite focusing on trimming down, Ms Sherlock observed that it was mainly due to eating and drinking in excessive quantities, rather than just in the evening.

She was frequently eating takeaways and taking advantage of student drinks deals, but soon realised that eating healthily was actually less expensive than she had presumed.

"I realised that where I had been going wrong was that I was doing everything to excess rather than moderation," she says.

"I was eating a lot of takeaways instead of cooking proper meals; I was going out a few times a week and would drink a bottle of wine each time. I always assumed that eating healthily would be expensive, but actually I saved a lot of money when I cut out the takeaways," Ms Sherlock explained to the newspaper.

By drinking vodka and diet coke instead of wine, and choosing home-cooked meals over fast food, Ms Sherlock revealed that she has slimmed down form a size 20 to a size 10 – losing seven stone in the process – and realised that it is all down to moderation.

"I can genuinely say that it has made a massive difference in my life, I have so much more confidence now."

Do you believe moderation is the key to weight loss success?