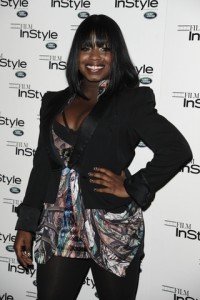 Misha B’s fierce attitude and dazzling outfits were the talk of last year’s X Factor, but the young singer has recently set tongues wagging again after earlier this year, she revealed her slender new figure. The singer exclusively told closer that since December 2012 she has dropped a dress size going from a 14 to a 12. “I’m the fittest I have been in 2 years, I feel confident that my body is looking good”. Misha has lost a stone, taking her from 9½st to 8½st.

The 20 year old singer decided after the X factor tour last year that she wanted to lose weight and get into shape. “I wanted to tone everything up and reach a point where I was happy with what I saw in the mirror, I also wanted to increase my energy levels because it is important to be fit when you’re performing”.

The star began doing daily 30-minute jogs in February, and then two months ago she turned to personal trainer Michelle Robinson- a former Olympic triple jump athlete. Misha says that after 4 weeks of training with Michelle she saw a real difference in her body shape. “I stopped weighing myself but I could see my legs looked more toned and my clothes fit better. I had a lot more energy and it was great to see my body had more of an athletic shape” Before Misha started exercising, Michelle created a new healthy eating plan to help kick start her weight loss. “I didn’t follow a set plan or strict calorie count. It was more about knowing what types of food would be good for me” Instead of eating snacks full of sugar and salt, she increased her intake of lean protein to boost her training and build up muscle, she also made sure she ate plenty of fruit and vegetables for vitamins and nutrients. She adds: “I’ve seen changes in my skin as well, I’ve got less spots and I’m sure that’s to do with eating better”

One of the biggest issues was Misha’s irregular eating patterns she would often skip breakfast and snack on the run. She says: “When I was touring last year, I’d struggle to eat healthy meals. I’d also find myself mindlessly snacking on things like chocolate or eating rice and potatoes after coming off stage late at night” Misha now makes sure she has breakfast every morning typically a bowl of porridge or fruit, followed by a houmous wrap with salad for lunch and a dinner of grilled vegetables and lean protein, such as fish, chicken and prawns. She snacks on fruit or houmous and raw vegetables. “I definitely found it tough adjusting to the new diet” She admits. “I basically had to relearn how to eat!”

To tone up, the singer did 30- minute cardio sessions four times a week- running, cycling and boxing, followed by circuit training of press-ups, pull-ups and stomach crunches. She was particularly keen to tone up her arms. She explains “Michelle’s has been incredible at keeping me going. When I’m tired, she always drives me, telling me I can do it. She’s a great motivational speaker as well as a trainer. But it wasn’t too hard to find the will power because deep down I wanted to make the changes and get fit. Misha says she’s impressed with the results of her regime and her newly toned body, particularly her legs.