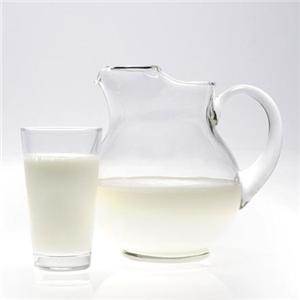 The research, published in the American Journal of Clinical Nutrition, took two years to complete and found that those who drank around two glasses of milk lost an average of nearly 12lbs in weight.

More than 300 men and women who were aged between 40 and 65 and who were overweight or at risk of becoming overweight participated in the study.

Those who drank the lowest amount of milk a day – about half a glass – still lost 7lbs.

The weight loss effect of milk has been attributed to its high vitamin D content, as those with strong levels shed the most pounds.

Back in July, Anthony Norman, professor emeritus of biochemistry and biomedical research at the University of California, Riverside, claimed that half of the people in North America and western Europe get insufficient amounts of vitamin D.

How much milk do you drink a day?