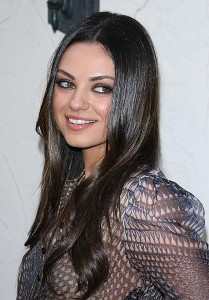 Actress Mila Kunis has spoken out about how shedding pounds for a film role changed her views about weight loss.

The Black Swan star, 27, said losing 20 pounds for the role in the dark film made her realise that losing weight is achievable for everybody and those who say otherwise are lying.

Speaking to Glamour magazine, Mila said losing weight was necessary to train as a ballerina for the role opposite Natalie Portman and that the amount of weight she lost surprised her.

"I don't think I ever fully realised what a human body is capable of doing," she said. "But I think I was also in a beautiful way, incredibly naive."

Mila added: "I believed I could do anything. I never for one moment thought that I couldn't do it. I believe in hard work, in self-drive and self-worth."

Dr Jacquie Lavin, a spokesperson for Slimming World, recently said people on diets should be able to continue with their slimming regimes once they hit their targets.