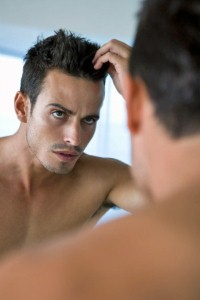 Men are increasingly thinking about body image, research has shown, indicating that they might be more likely to invest in slimming aids such as diet pills or male spanx.

British men harbour concerns about their appearance in much the same way their female counterparts do, according to new research from the Centre for Appearance Research.

The study found that 58.6% of men said talking about body image had affected them, generally in a negative way, while 95.5% said they had seen or heard body talk in the media.

Top of concerns for British men were beer bellies, moobs and six-packs.

Karine Berthou, founder of The Succeed Foundation, said that men are thinking more about their appearance, and there is a positive side to looking after your body and yourself.

She added that there is a lack of research when it comes to men and body image, but this survey has furthered understanding of what body satisfaction means for men.