Mediterranean diet 'could be key to longevity' - Slimming Solutions

Mediterranean diet ‘could be key to longevity’ 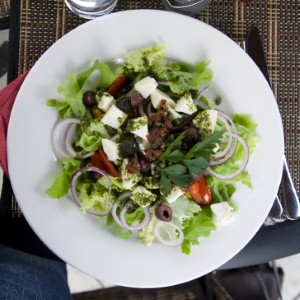 Making your evening meal a Mediterranean one could help you to live longer, according to the results of a new study.

Scientists at the University of Gothenburg got groups of 70-year-olds to eat foods rich in olive oil and other classic ingredients from countries like Cyprus over a long period of time.

They found that this kind of diet upped the subjects' chances of being alive eight years later by 20 per cent, while the average person increased their lifespan by two or three years.

It was thought that the ingredients help to fight against heart disease and cancer, even if participants had only begun eating them late in life.

Lead author Gianluca Tognon commented: "The conclusion we can draw from these studies is that there is no doubt that a Mediterranean diet is linked to better health, not only for the elderly but also for youngsters."

Back in August, a similar study from Maastricht University in the Netherlands suggested women could live 15 years longer if they use healthy recipes from the Mediterranean regularly.

Are you going to make an effort to eat more Mediterranean foods?