Marriage 'can cause women to put on weight' - Slimming Solutions

Marriage ‘can cause women to put on weight’ 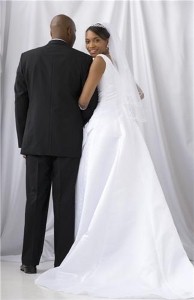 Women may have to work harder to maintain a steady weight after they get married, a new study has claimed.

Dmitry Tumin and Zhenchao Qian from Ohio State University looked at a large number of subjects and compared their weight before and after important life transitions such as marriage.

It was found that while men might put on a few pounds if they get a divorce, their female counterparts were likely to do the same after they had tied the knot, particularly during their 30s.

"Married women often have a larger role around the house than men do and they may have less time to exercise and stay fit than similar unmarried women," explained Mr Qian.

However, he added that the weight gain after settling down is usually relatively small and so should not be enough to pose a risk to health.

Earlier this month, sports nutritionist Andrew Haworth from healthydoesit.co.uk recommended eating a balanced diet of carbohydrates, protein and healthy fats if you intend to take up exercise to keep pesky pounds off.

Do you think you might put on a little weight after getting married?