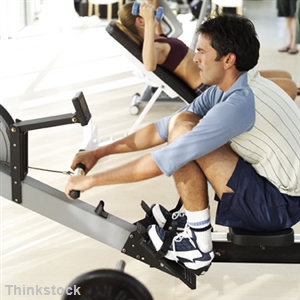 A man has managed to lose over 4st after embarking on a strict military-style exercise regime.

Brendan Mills was 13 stone when he left for university, but managed to gain 4st over four years thanks to consuming a diet consisting largely of beer and takeaways, the Kent News reports.

He said that the situation got even worse when he left uni and started working for a recruitment company.

"I used to drink 12 cans of Red Bull a day. It was really office based with long hours so I ate a lot of fast food and I had no time to exercise so my weight just went up," he told the newspaper.

The 24-year-old was told by his doctor that he was clinically obese so he signed up with an ex-army personal trainer who designed a three-month exercise regime for him.

He now runs two fitness companies, helping others to lose weight and keep it off.

Earlier in the year, Kerry Katona lost 1st by taking part in a two-week exercise boot-camp.

Have you thought of hiring a personal trainer?