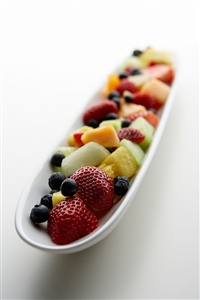 Low-GI diets are promoted by many as the key to weight loss, but a recent study has suggested that they could also help to prevent heart disease.

Researchers from Milan, Italy, have discovered that foods with a high glycemic index, such as some carbohydrates, are associated with the risk of coronary heart disease in women.

The study, published in the April 12th issue of Archives of Internal Medicine, found that, out of 47,749 adult participants, 463 (158 women and 305 men) had developed coronary heart disease after just under eight years.

“A high consumption of carbohydrates from high-glycemic index foods, rather than the overall quantity of carbohydrates consumed, appears to influence the risk of developing coronary heart disease,” the study’s authors wrote.

Back in February, Sara Stanner, the Telegraph’s diet expert, advised those trying to lose weight to opt for lower calorie, low-GI snacks such as cherries, grapefruit, apples, pears and peaches.

Have you ever tried following a low-GI diet?