Low-carb diets: A miracle or a load of old rubbish? - Slimming Solutions

Low-carb diets: A miracle or a load of old rubbish? 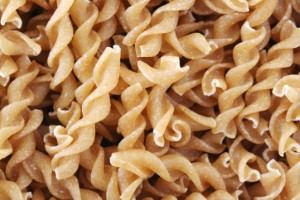 Ever since Dr Atkins' Diet Revolution was published in 1972, dieters across the world have been going wild for the low-carbohydrate diet.

A great number of people achieve their weight loss goals by sticking to this diet, but for others, it's simply just not right.

Some scientists hail the low-carb diet as fantastic – a miracle cure for obesity – but others speak of it as if it's the spawn of the devil.

Hopefully, at the end of this feature, you'll be armed with all of the facts needed to decide if it is right for you!

There have been a number of studies over the years showing that a low-carb diet is good not only for weight loss, but for health in general.

Last month, for example, researchers from Mount Sinai School of Medicine in New York City revealed that, in just eight weeks, cutting down on carbs can reverse kidney failure in those suffering from diabetes.

"Our study is the first to show that a dietary intervention alone is enough to reverse this serious complication of diabetes," said leader of the study Dr Charles Mobbs.

Just a few weeks ago, Diabetes UK explained where it stood on the topic. The charity said that low-carb diets can reduce weight and lead to improvements in blood glucose control in some people suffering from Type 2 diabetes.

"A sedentary lifestyle and eating too much refined carbohydrate from heavily processed foods is undoubtedly a major cause of weight gain for many people.

"Reducing these foods that provide excess calories but little quality nutrition is an easy way to lose weight," the charity said.

Aside from being good for diabetics, a low-carb diet has also been found to be good for those with high blood pressure.

"It's important to know you can try a diet instead of medication and get the same weight loss results with fewer costs and potentially fewer side-effects," said Dr William Yancy, lead author of the study.

After what you've read so far you may be thinking the low-carb diet is the way forward, but before you rush to chuck out all the potatoes and pasta in your cupboards, check out the info below.

In 2009, researchers from the Royal Victoria Hospital in Belfast claimed that low-carb, high-fat diets, such as Dr Atkins', do not help people to achieve greater weight loss than low-fat, high-carb diets.

"High-fat diets have become popular because they seemingly promote more rapid weight loss and because of their palatability.

"However, we now have proof that they do not help people lose weight any faster than more conventional diets, and the potential negatives of increased cardiovascular risks far outweigh the potential positives of more easily sustained dieting/weight loss, especially when there is a proven and safe alternative in low-fat, high-carbohydrate weight loss diets," he explained.

Research by scientists at the Commonwealth Scientific and Industrial Research Organisation's Food and Nutritional Sciences department in Adelaide, Australia, suggests that people should ditch the low-carb diet and adopt a low-calorie, low-fat version instead.

They found that a low-carb diet has more detrimental effects on a slimmer's mood than a low-fat plan with the same number of calories.

"While recent clinical studies have shown that low-carbohydrate diets can be an effective alternative dietary approach for weight loss, their long-term effects on psychological function, including mood and cognition, have been poorly studied," said the authors of the study.

Many overweight people believe that they will be happy and problem-free once they shed those extra pounds or stones, but this study suggests the opposite – the diet may make you thin, but it could also make you miserable. Would it really be worth it to you?

Rather than punishing yourself with a diet you don't enjoy, why not give slimming tablets a try? Many people have success through taking weight loss pills as they find that their appetites are suppressed and they do not eat as much of their meals – whether they are carb-laden or not.