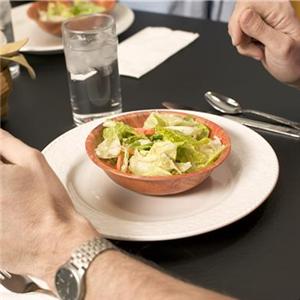 A diet that is low in carbohydrates is as effective in helping people to lose weight as a low-fat diet, a study has shown.

Researchers from Temple University in Philadelphia studied 307 patients over a period of two years.

Half of these participants were assigned a low-carbohydrate diet and half were put on a low-fat regime, but both received with behaviour treatment.

At two years, both groups had lost around seven per cent of their bodyweight, showing that both diets can help people to achieve their weight loss goals if they are coupled with a behavioural modification programme.

The low-carb diet, however, produced a greater increase in the concentration of plasma high-density lipoprotein cholesterol – which is termed a “good” cholesterol.

Last month, nutritionist Anita Ellis told Women’s Fitness magazine that those tying the knot this summer can lose weight for their wedding by limiting their intake of refined carbohydrates, processed foods and sugar.

Have you ever tried a low-carb or a low-fat diet?