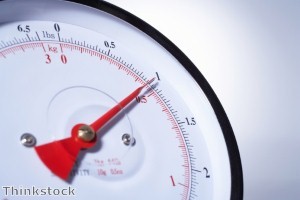 Women can cut their risk of developing breast cancer considerably by losing weight, according to a new study that has extolled the virtues of weight loss.

The research, carried out by experts at the Fred Hutchinson Cancer Research Centre in Seattle, indicates that women who reduce their overall body weight by five per cent can cut their chances of developing breast cancer by a half.

In the study, lead researcher Anne McTiernan spilt 439 overweight women into four groups, with one dieting, one exercising, one doing both, and one doing nothing at all.

They found that those who went on a diet and exercised lost ten per cent of their bodyweight during the study and significantly reduced their levels of certain types of the hormone oestrogen and testosterone, which are known to increase the risk of cancers.

Ms McTiernan said that the research indicates that a 12 stone woman could halve their risk of breast cancer simply by losing half a stone.

“The amount of weight lost was key to changes in hormone levels. I recommend women both diet and exercise, because in the long run that should help keep weight down and therefore keep oestrogens down,” she added.

Are you aware of how bodyweight can impact health?