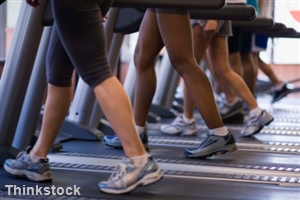 Obese women could reduce their risk of developing dementia by losing weight through dieting and exercise, a study has suggested.

Psychologists at the University of Texas at Austin conducted a study involving a group of adults aged between 40 and 60 years and with different body mass indices.

The study participants were asked to complete a difficult cognitive task and, during this, the researchers found that obese individuals demonstrated different brain responses than their normal-weight peers.

It was also found that obese individuals had lower insulin sensitivity, which suggests that this is linked to memory problems.

"The good thing about insulin sensitivity is that it's very modifiable through diet and exercise," said psychology graduate student Mitzi Gonzales, who co-authored a paper on the study published in the journal Obesity.

Earlier this month, researchers from the University of Pittsburgh found that walking at least six miles per week provides protection when it comes to brain size, preserving memory in old age.

Are you more motivated to lose weight now that you know it could prevent memory problems in the future?