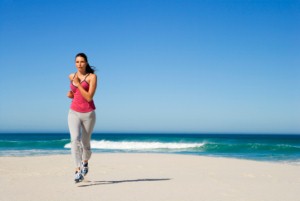 Overweight or obese women who manage to lose 15 per cent of their body weight can increase their vitamin D levels significantly, a study has shown.

Researchers from the Fred Hutchinson Cancer Research Center explained that vitamin D is generally lower in those who are obese.

"It is possible that low vitamin D could account, in part, for the link between obesity and diseases such as cancer, heart disease and diabetes," said Dr Caitlin Mason, lead author of a paper on the research.

The researchers conducted a study involving some 439 overweight-to-obese women and found that those who lost more than 15 per cent of their weight experienced a nearly threefold increase in vitamin D.

Those who lost between five and ten per cent of their body weight, however, saw a relatively small increase in blood levels of the vitamin.

Do you think losing 15 per cent of your body weight is a realistic goal for you?