Living by self-tailored rules ‘is the secret to weight loss’ 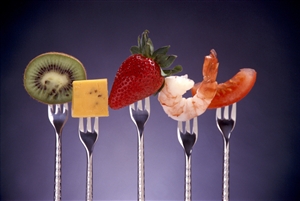 The secret to losing weight is to create a set of unique, self-tailored golden rules and stick to them, according to a health and fitness journalist.

Making changes to eating patterns should be included in these golden rules but such changes should be made gradually so as to not send the body into shock, Alva Carpenter wrote in the Arab News.

“When you have your own rules there is no need to diet, drink cabbage soup, only eat bananas or meat, cut out important food groups, or slavishly follows whatever some crazy celebrity is following,” she explained.

The journalist went on to say that she had helped many people to lose weight and to keep it off by gradually introducing healthy eating habits.

These habits then became a natural part of the people’s routines so that, eventually, they did not even have to think about eating healthily, she explained.

Those who have adjusted their diets but are looking for an exercise to further their weight loss should try a session or two on a vibration plate and a trampoline, as these both burn large amounts of calories, according to celebrity fitness expert Nicki Waterman.

What are your golden diet rules?