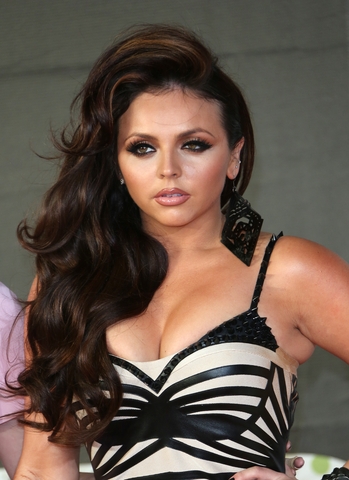 Jesy, who was originally a size 10 to 12 on The X Factor now looks toned and slim in a new post-workout picture she uploaded to a social networking website.

The singer has previously insisted that she was happy with her curves, but as the band try to break America, there is now extra pressure on the girls to look perfect and in shape.

During the band’s time on The X Factor Jesy admitted to being the victim of cruel taunts about her weight. “When you’ve got your own insecurities and then people… write them on websites for everyone to see, it just makes you feel really rubbish”, she revealed.

“Obviously, I know I’m a lot bigger [than the other girls]. The comments really got to me. I knew I’d get nasty stuff said about my weight from the start.”

“But it’s not until you actually see it that it hits you. I thought I’d be alright and then I saw it and just burst out crying.”

Judging by Jesy’s current weight loss and increasingly daring wardrobe choices, we hope that that her new found confidence is here to stay!

Are you confident with your body?