Lifestyle changes ‘are the best form of weight loss intervention’ 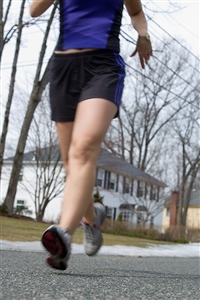 Obese people are more motivated to lose weight if the intervention used promotes lifestyle changes, a study has found.

They were questioned about their opinions on different interventions, such as gastric bands and even legal regulation.

It was found that non-commercial, non-stigmatising techniques were preferred by those quizzed.

One of the researchers, Dr Samantha Thomas, from Monash University in Melbourne, said: “Participants supported public health interventions which they perceived were non-judgmental, non-stigmatising and empowered individuals to improve their lifestyles rather than focusing on weight loss per se.”

She went on to say that they were least interested in interventions that seemed to “blame and shame” people for being overweight.

Earlier this month, the Medical Research Council voiced its opinion that Weight Watchers’ programmes, which support slimmers in their bid to lose weight and keep it off, should be made available on the NHS.

What type of intervention would give you motivation to lose weight?