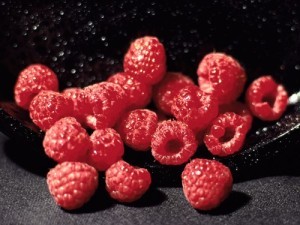 Lenora Chichlow has revealed that she maintains her slim figure by avoiding sugar and choosing fish instead of meat.

The Being Human actress opened her fridge to Closer magazine and showed off a bounty of healthy foods.

Packed with a variety of different fruits and vegetables, the only treat that the star’s fridge contained was Diet Coke.

She said she hates the word diet and just enjoys good food while trying to keep a “relaxed attitude” about what she eats.

“I’ve cut out sugar to avoid my energy levels crashing. I prefer fish to meat too,” she told the magazine.

Closer’s nutritionist, Catherine Matthews, said that Lenora’s diet couldn’t be much better but, as she is trying to cut down on sweet things, recommended swapping relatively sugary fruits like pineapple for those such as berries.

According to the NHS, people should try to eat five portions of fruit and veg a day as they contain many vitamins and minerals, including folate, vitamin C and potassium.

How healthy is your fridge?