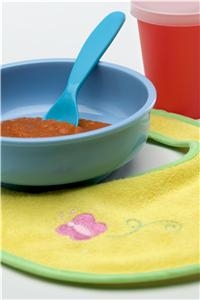 However, the strict eating regime is not providing the eccentric Poker Face singer with enough energy to perform her physically demanding dance routines and has left friends fearing for her wellbeing.

“Everyone is really worried about Gaga,” a source told Heat magazine.

“She’s not eating healthily at all. She’s substituting meals for jars of baby food,” the insider added.

Kathryn Flett, British TV critic, author and star of the BBC’s Grumpy Old Women series, recently told the Times that she was hoping to lose weight but was reluctant to give the increasingly popular baby food diet a go.

Instead, Ms Flett opted for the new Atkins diet, which claims to help people lose as much as a stone in just two weeks.

The diet is a reincarnation of that created by Dr Atkins back in the 1970s, allowing vegetables, berries, potatoes and bread to be eaten as well as the foods already permitted by the original diet.

Have you tried either of these diets?