Kimberley Walsh - ‘I’m eating more than ever before!’ - Slimming Solutions

Kimberley Walsh – ‘I’m eating more than ever before!’ 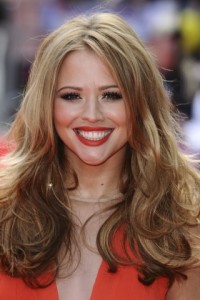 As the curviest member of Girls Aloud, Kimberley Walsh has spoken openly about her battles to lose weight.

Kimberly has always been used to a low-carb, high protein diet to stay slim and her new diet is the opposite of everything she’s lived by for the past ten years. The only rule is that all the food that was off-limits is now on again.

Despite eating more than ever Kimberly, 30, went from a size 10, slimming to a size 8 in the first three weeks of her time on strictly, her tough training sessions with her strictly partner Pasha Kovalev burnt around 1,000 calories a day. With all the extra work she had been doing for the Girls Aloud reunion, she was ordered to treat her body like an engine and that means putting in more fuel.

“Kimberley knew she couldn’t do the competition on just salad and grapefruit – it would have made her sick. She’s enjoying the foods that used to be forbidden and tucking into things like lasagne without feeling guilty.” All the exercise didn’t mean the singer was loading up on cupcakes – she stuck to a plan of “good carbs” with slow-releasing energy.

Instead of blueberries for breakfast she tucked into porridge, smoothies and a three-egg omelette. Lunch included jacket potatoes, cheese, steamed fish and veg, and for dinner she would have chicken or salmon with vegetables and brown rice or pasta. Kimberly has previously admitted, “I find it hard to keep weight off. I’m quite normal really – not thin, not fat,”

Have you ever found whilst dieting, that foods that once did your figure no good can now actually help you to lose weight with the right lifestyle?