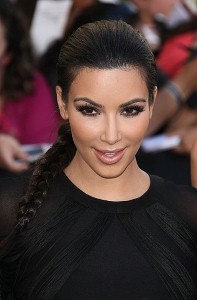 Kim Kardashian may have been outed as a secret Spanx wearer by her estranged husband Kris Humphries.

According to the National Enquirer, the basketball player has been telling all his pals that the reality TV star needed help and “a lot of work” to make her bottom look so pert and curvy.

“He revealed all her secrets: how she uses booty pads, Spanx and other things to enhance it. When she takes off the Spanx, the pads and everything else, it’s not the same,” a source confided.

In possibly worrying news for Kardashian, the friend of Humphries also suggested he has mobile phone footage of her derriere that was taken during their short-lived union.

Kardashian and Humphries announced in October that they were to split after just 72 days of marriage.

Also revealed as a Spanx wearer recently was singer Anastasia, whom the Daily Mail photographed in a Stella McCartney dress that accidentally showed the control pants underneath.