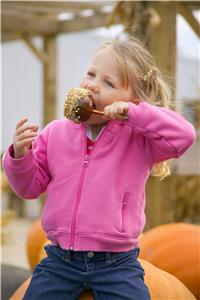 Efforts to prevent obesity should begin from an earlier age than is widely considered appropriate, new research has suggested.

Factors that place children at a higher risk of obesity begin at infancy, such as not providing a proper diet suitable for children’s needs, according to researchers from the Harvard Pilgrim Health Care Institute.

The scientists studied nearly 2,000 women from the start of pregnancy through their children’s first five years.

Findings, published in the journal Pediatrics, suggest that the impact of obesity from a young age can be particularly marked in ethnic minority families studied.

Risk factors such as poor feeding practices, insufficient sleep and televisions in bedrooms were identified as contributing to the problem.

“Almost every single risk factor in that period before age two, including in the prenatal period, was disproportionately higher among minority children.”

The findings are published following research by scientists at the University of North Carolina, which indicated that obese children as young as three years old show early warning signs of possible future heart disease.

Is there a perfect diet for starting kids off on the right track in life?