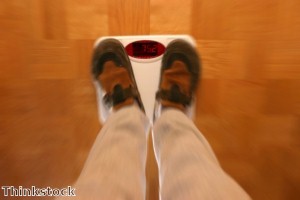 The latest winner of ITV reality competition The Biggest Loser has been crowned, after a six-month journey which saw him shed 40% of his body weight.

Kevin McLernon, from Sunderland, was presented with the crown for being the show’s weight loss champion last night (March 13th).

One of 14 contestants to compete in this year’s programme, Mr McLernon stood out for being able to lose 12 stone 12 pounds in the space of six months.

To put this weight loss achievement in a clearer light, the total amount which the 38-year-old was able to shed is equivalent to almost 82 bags of sugar.

Commenting on his time on The Biggest Loser, Mr McLernon said: “I think there’s so many things that I have learnt, not just about diet and exercise but about myself.”

The ITV programme’s presenter Davina McCall added that Mr McLernon’s incredible feat shows that “he’s a winner in this series and in life”.

In another successful weight loss story, Phil ‘The Power’ Taylor believes that a health regime which saw him lose two-and-a-half stone in three months has allowed him to showcase some of his best darts performances ever.