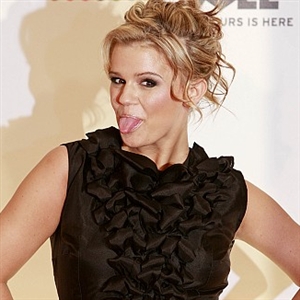 Kerry Katona has lost a stone by taking part in a two-week exercise regime.

The ex-Atomic Kitten singer and reality-TV regular has dropped to a size ten thanks to the gruelling exercise boot camp.

Mum-of-four Katona told Closer magazine that, despite her weight loss, she has held on to her curves.

"And my boobs, which is good," she added.

"I’d much rather have a body like Kimberley Walsh than Cheryl Cole. Exercise has transformed me – I’m getting my life back on track," she explained to the news provider.

She was ditched by supermarket chain Iceland last year, having being the face of their TV advertising campaign for years, when a video showing her snorting what is thought to have been cocaine was leaked.

If Kerry Katona asked you for weight loss advice, which diet would you recommend?