Kelly Osbourne 'has made £8m from weight loss' - Slimming Solutions

Kelly Osbourne ‘has made £8m from weight loss’ 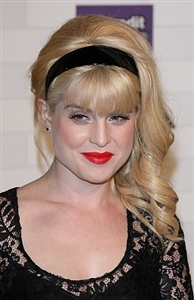 Kelly Osbourne has claimed to have made £8 million from her dramatic weight loss.

The 26-year-old daughter of Sharon and Ozzy Osbourne lost around three stone earlier in the year.

Now! magazine reports the star as saying that she received more abuse for being overweight than she did when it was revealed she was addicted to drugs.

Since she has lost weight and dropped a few dress sizes Kelly has bagged a primetime slot on US TV channel E! with the show Fashion Police.

“She’s been inundated with movie scripts, offered her own fashion line, is in talks about voicing an animation and there are networks who want her for a chat show, possibly with her mum Sharon,’ a source told the magazine.

Back in February, Kelly told Us Weekly magazine that she had achieved her impressive weight loss through adopting a tough exercise regime and portion-controlled diet.

What will losing weight mean to you?