Kelly Osbourne has put herself into ‘food rehab’ after gaining 1st 5lbs following her split from fiancé Matthew Mosshart four months ago. She’s gone up two dress sizes since she was at her slimmest, just eight stone.

According to Now magazine, the 29 year old is refusing to call her weight loss regime a ‘diet’, and is referring to it as a ‘cleanse.’

She has vowed to lose the extra weight she has gained in the months since the split. And as well as addressing her eating habits, she has also signed up for yoga and Pilates classes and hired a personal trainer five days a week. 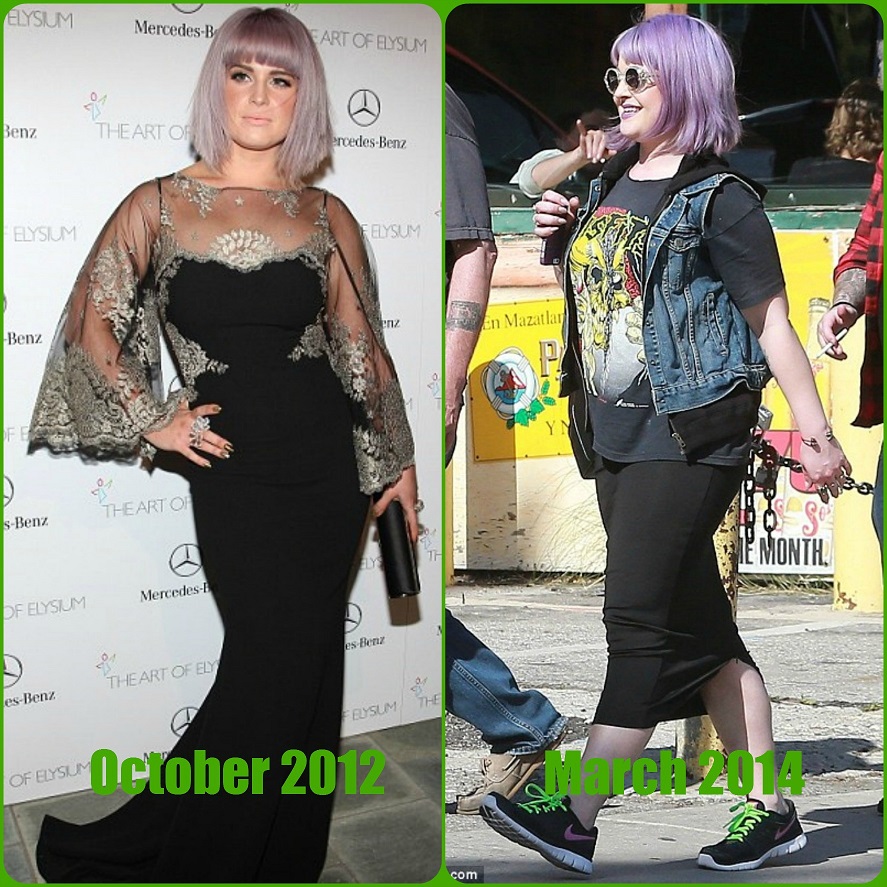 Weight loss was down to vegan chef fiancé

At her smallest Kelly weighed eight stone, during the height of her healthy eating regime back in October 2012. According to the magazine, she put her slender frame down to her ex-fiancé, who is a vegan chef.

“I’ve only lost the last stone since I met Matthew.  He cooks for me. He’s a vegan, so he makes sure I eat healthily.”

While she works off the extra weight, Kelly is also working hard on her clothing line, which she has designed for customers of all sizes.

“I love my new clothing line, which will go from a US size 0 to 24 (UK 4 to 28). If it doesn’t look good on everyone, then the design does not go through. And I’m using good-quality factories, no sweat shops.”