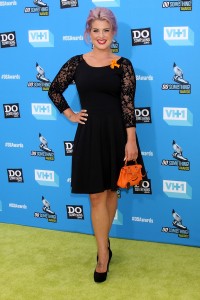 Kelly Osbourne has undergone quite an image transformation by losing over a staggering 60 pounds in just two years. And the reality TV star who has struggled with weight loss in the past, says her new healthy eating habits are down to her vegan chef fiancé, Matthew Mosshart.

‘He made me realize how many calories and how much bad stuff is in it. … He has showed me a whole new sector of food I thought I’d never eat … and it’s yummy!’ she revealed on US TV show Talk.

Have you followed a Vegan diet?