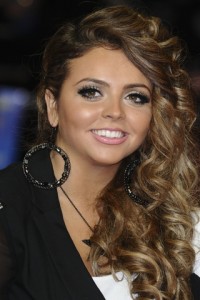 Jesy Nelson wasn’t even a proper pop star when the taunts on her curvy figure began. The young singer broke down on the X factor last year after reading a number of nasty comments about her weight on social networking sites. So when Jesy took a stand and revealed she would not lose weight to satisfy people, we all cheered. Jesy said “I’ve learnt to stop caring about what people think about me, I am happy with the way Iook, I’m a size 10-12 I know I am not fat”

Jesy has recently been pictured leaving Radio 1 studios looking slimmer than we have ever seen her before. It seems the she has ditched her baggy combat pants for a tight Batman dress. Close friends of the star have revealed that she has not given in to the pressure for her to lose weight “ She wanted to get fit and get back into training, they recently shot the video for their first single wings and the singer struggled with some of the hardcore dance routines”

An insider tells us “She has cut out all red meat and she sticks to a high protein diet with few carbs, this has been hard for Jesy since she has a massive weakness for burgers” The singer has since lost around 1st 7lb in only 10 weeks and she feels amazing”

Her spokesperson stated “Jesy doesn’t go to the gym and she has not been training, she just doesn’t have time” So her toned curves are just a result of the pop stars busy schedule.