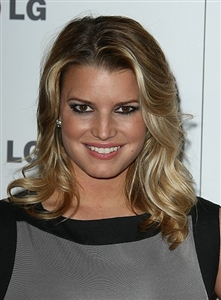 Jessica Simpson has revealed that she recently embarked on a diet that included no meat or dairy products.

“Shocked my system with a vegan diet, special Pu-erh tea from China, and cupping since Friday!” the singer tweeted on her official Twitter page on Sunday night (June 27th).

She later asked followers of her page if they had ever tried cupping and said that the meditation she underwent during her session caused her to have “intense visions”.

While a vegan diet could help some to achieve their weight loss goals, a recent United Nations report suggested that it could also save the planet.

The group of international scientists who created the report claim that the greatest causes of greenhouse gas emissions are food production and the use of fossil fuels.

They suggest that reducing climate change could be achieved by switching to a more vegetarian diet.