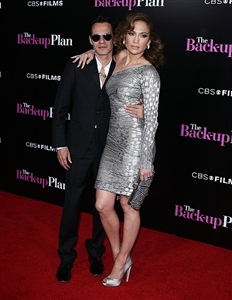 Jennifer Lopez has revealed that it was her son and daughter that motivated her to lose her post-baby weight.

The singer and actress gave birth to twins Emma and Max back in February 2008 but was left with excess weight for eight months after, Us Weekly reports.

She told the magazine that at the time she didn’t care about her post-baby figure and even used to joke with husband Marc Anthony about her “flabby belly”.

Since then, however, the star has lost 50 pounds and now grimaces when she looks back at photos of how she used to look.

Lopez explained that she got to the point where she was questioning what had happened to her old figure.

She then told herself that she had to lose weight so that her children could see her in the shape she became famous for.

The 40-year-old said that she is not exactly the same, physically, as she was before having the babies, but “it’s no big deal”, she concluded.

Another celebrity mum, Gisele, revealed to Vogue last month that she only gained 30 pounds during her pregnancy and so found it very easy to spring back into shape after giving birth.

How much weight are you aiming to lose?