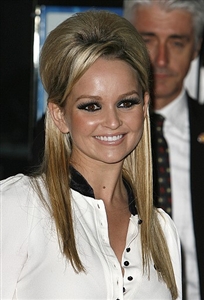 Jennifer Ellison has revealed how she managed to lose weight after pregnancy.

The former Brookside actress has managed to lose 3st of the weight that she put on while she was pregnant with her son Bobby, Closer magazine reports.

Jennifer went from a size eight to a size 18 when she was expecting but, five months after giving birth, she is almost back to her original size.

“I just ballooned. I ate what I wanted and didn’t exercise, so of course I put on weight. I put on 4st. I was like a hippo!” she told the magazine.

The 27-year-old said that she shed the weight “the old-fashioned way”, by adopting a healthy diet and strict exercise routine.

This involved regular Pilates classes as well as running and boxing sessions with a personal trainer.

Overweight women hoping to shed a few pounds in order to conceive more easily have been advised to steer clear of weight loss surgery, as a recent study suggested that this can cause babies to be born blind.

These findings were published in the Journal of the American Association for Pediatric Ophthalmology and Strabismus.

Have you managed to lose your baby weight? If so, how did you do it?