Jennifer Ellison: ‘I needed a break from the diet’ - Slimming Solutions

Jennifer Ellison: ‘I needed a break from the diet’ 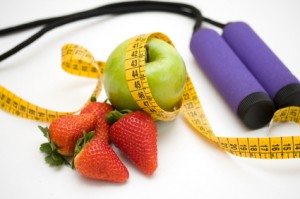 The TV beauty showed off the results of her 6st weight loss earlier this year, but strolling through Birmingham with her husband Robbie Tickle recently, Jen seemed to have relaxed her rigid exercise regime, revealing her new curves in a loose white vest and baggy jeans.

The actress has told pals she’s gained nearly ½ a stone after relaxing her diet since returning from holiday in Tenerife in July.

A source says: “Jen’s put on around half a stone, mainly around her bum and tummy.  It’s purely down to exercising less and eating what she likes for the past few weeks.

“She’s been on a diet for months and just wanted a break – she worked very hard to get her flat stomach and new body, but she says it’s difficult to maintain.  She’s taking time out from strict workouts, and is enjoying not having to feel guilty about appreciating food.”

A source adds: “Jen’s loving eating burgers with cheese and chips and having toast for breakfast – and hasn’t got back on the wagon since Tenerife.  But she is keeping an eye on things.  She never wants to go back to being a size 18.”

During her pregnancy with son Bobby – who was born in February 2010 – 5ft 6 Jennifer shot up 14st and a size 18 and suffered cruel online abuse about her weight.  After the birth, the star lost 2st with Closer Diets and went on to lose a further 4st through a combination of intense interval-training and a high-protein, low-carb diet.  And by the time she started filming Dancing On Ice in January this year, Jennifer was back down to a size 8 and 8st.  Speaking after the show ended in April, she said: “It was like one long exercise class, my legs and bum are so toned now.”

Jennifer, 29, maintained her shape after the show finished by using her own fitness DVD, plus squats, lunges and 50 daily stomach crunches to keep her stomach flat.  And her typical weight loss diet included a breakfast of porridge and berries, salmon and green salad for lunch and dinner and a dinner of lean steak and veg.

A source says: “Jennifer hates having to watch what she eats and realized she was becoming a bit obsessed with it.  But she says she won’t let herself go again.  “She took it hard when she got stick for her weight before and the last thing she wants to be known for is her yo-yoing size.  She doesn’t want to be addicted to exercise and was determined to relax on holiday.”

The pal adds: “She wants to be healthy more than anything especially as her and Robbie are thinking about baby number two.  She’s really happy in her own skin at the moment.”