Is a seafood diet the key to a long life? - Slimming Solutions

Is a seafood diet the key to a long life? 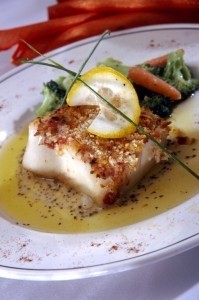 The key to a long life may be following a seafood diet and having a regular nap, according to a new study which has indicated that people in the Mediterranean have happier and longer existences.

Research carried out by Greek cardiologists at Athens University claimed that people living on the island of Ikaria in the Mediterranean are among the fittest and most healthy elderly people on the planet, with 1.1 per cent of the population aged over 90, compared with the global average of 0.1 per cent.

The expert told the Associated Press that this is largely down to the diet they follow, which has a large concentration of seafood, and a regular afternoon nap.

This healthy diet not only keeps people slim, but prevents cardiovascular disease, said Christina Chrysohoou, a cardiologist at the Athens University school of medicine.

Dr Sarah Brewer, nutritionist, author and founder of Natural Health Guru, said that women can lose weight if they stick to a protein-based diet including plenty of fish.

Does your diet contain plenty of seafood?