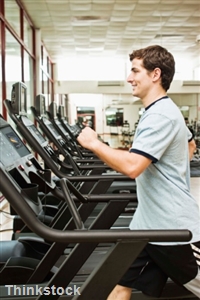 A man from Ilminster has achieved a massive weight loss of 6st.

At his heaviest, 45-year-old Paul Palmer weighed more than 20st but he managed to shed a great amount of this through regular exercise and sticking to a healthy diet, thisisthewestcountry.co.uk reports.

Paul, a counsellor at a drug and alcohol rehabilitation centre, regularly attends Ilminster Fitness Centre, sometimes going as many as eight times a week.

"I do mainly weight training although I did some cardio when I first started out," he told the news provider.

"My family are impressed with my new shape," the father-of-four added.

He has put 2st back on since his initial 6st weight loss, but claims this is due to the muscle he has developed down at the gym.

The British Association of Dermatologists’ recently revealed that people in Britain are more interested in losing weight than they are checking their skin for potentially deadly diseases.

Have you got an impressive weight loss story to share?