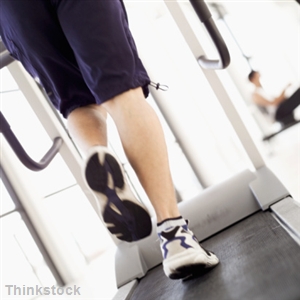 Holby City actress Phoebe Thomas regularly eats as many as 3,000 calories a day but still manages to maintain her size-eight frame.

This is because the flame-haired actress, who plays Maria Kendrall in the hospital-based soap, has a passion for marathon running and goes out jogging six days a week.

“My training might sound extreme, but it’s my release after filming Holby. It also means I can eat whatever I like, which is so liberating!” she told Closer magazine.

Thomas’ colleague Jaye Jacobs, who plays Donna Jackson, also spoke to the magazine, revealing that she has dropped a dress size recently.

She achieved this weight loss through exercising regularly, doing cardiovascular work and free weights at least three times per week.

Jacobs has also been practicing ashtanga and hatha yoga, which she claims increase her core strength.

Earlier this month, actress Gwyneth Paltrow revealed that she lost weight quickly before filming her new film Iron Man 2 by eating a strict diet of protein bars, vegetable juice and recipes that included a low level of calories.

What are you doing to lose weight?