A long-term research study by the University of Eastern Finland has found that healthy food choices in mid-life could play a influential role in avoiding dementia later in life.

Out of the 2,000 original participants, 1,449 took part in the follow-up study 14 years later. The participants were aged between 39-64 at the start of the study, and then 65-75 years old at the time of the follow-up. Researchers relied on a healthy diet index based on the consumption of a variety of foods. Items such as fish, fruits and vegetables were among the healthier foods, while items such as sausages, sweets and sugary drinks were at the opposite end of the spectrum. The study is the first in the world to investigate the relationship between mid-life diet and the development of dementia. 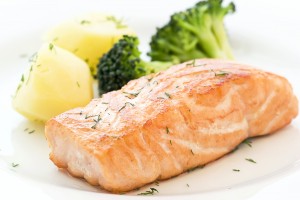 The results showed that those who ate the healthiest diet had an almost 90% lower risk of dementia in the follow-up study, compared to those who had a less healthy diet. A higher intake of saturated fats from butter, cakes, and fast food is linked to poorer cognitive functions and an increased chance of dementia.

Other studies have also tried to highlight the importance of nutrition to brain health. For example, regular exercise has also been linked to helping prevent dementia in later life. Another study from the Columbia University Medical Centre found that eating a diet high in omega-3 fatty acids, such as fish, nuts and chicken, is associated with lower levels of the beta-amyloid protein that is linked with Alzheimer’s disease.