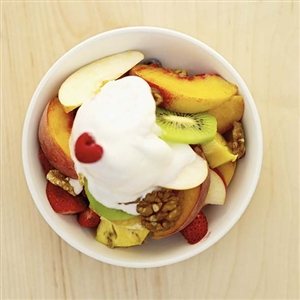 The American Heart Association and American Stroke Association have updated their guidelines on how to prevent first-time strokes.

These guidelines recommend that people eat a low-fat diet that is high in fruits and vegetables as a successful way of lowering their risk of a first stroke.

Doing this and adopting other healthy habits, such as stopping smoking, can reduce a person's risk of having a stroke by as much as 80 per cent compared with those who do not make healthy lifestyle changes, it is believed.

"Between 1999 and 2006, there's been over a 30 per cent reduction in stroke death rates in the United States and we think the majority of the reduction is coming from better prevention," said Dr Larry Goldstein, chairman of the statement writing committee and director of the Duke Stroke Center in Durham, North Carolina.

Last month, a report published by the Health Supplements Information Service revealed that the poor diets followed by many people in the UK are not only increasing their risk of strokes, but heart disease and other health problems.

Are you worried that your weight puts you more at risk of having a stroke?