Earlier this year, Gordon Ramsey threw himself into intensive training to prepare for the Ironman Championship, which he completed in September.

And while he improved his fitness levels, there was dramatic weight loss too. The transformation to his face makes him almost unrecognisable.

Photos from Tuesday night show him with a gaunt face and chiselled features, in comparison to the rounder, fuller face he had just two years ago.

Attending Fox’s Hell’s Kitchen 200th episode celebration, the TV chef showed his recent exercise regime has more than paid off, making him look like less of a foodie and more of an athlete.

While the star was not overweight when he started his career, or even two years ago, he has still managed to shed the pounds. 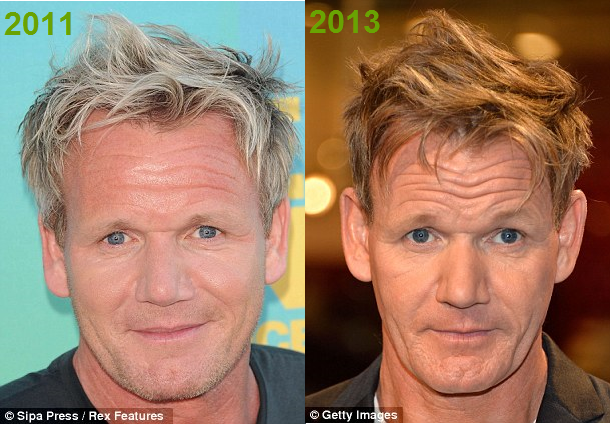