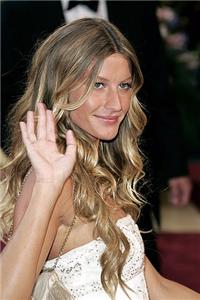 Supermodel Gisele Bundchen has revealed that keeping fit during her pregnancy and practising yoga afterwards helped her body to spring back into shape.

She told Vogue that she has always been a big fan of exercise – keeping fit climbing trees as a child and captaining the volleyball team as a teenager.

“I did kung fu up until two weeks before Benjamin was born and yoga three days a week,” she explained.

The model went on to say that she only gained 30 pounds during her pregnancy.

“I think a lot of people get pregnant and decide they can turn into garbage disposals. I was mindful about what I ate,” she added.

Zoe Ball put on a considerable amount of weight when she was pregnant with daughter Nelly.

But, since giving birth in January, the radio and TV presenter has worked hard to shed two stone.

The wife of super-star DJ Fat Boy Slim was spotted recently jogging along the promenade in Brighton with her personal trainer.

Have you got children? If so, what did you try to get rid of your baby-weight?