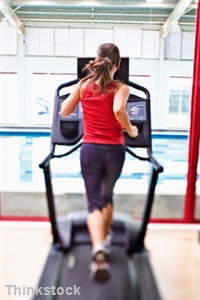 A girl has shed more than five stone by exercising and eating healthily at a weight loss camp.

Lexi Lobb, from Preston in Lancashire, weighed 21 stone at the age of 14 after her eating spiralled out of control following the death of her father, the Daily Mirror reports.

When she was 15 and wearing size-28 clothes, her mother, Alison, sent her to a Wellspring weight loss camp.

After just two months, Lexi had lost four stone and has since shed another 16 pounds, dropping to a size-18.

"I also found it hard getting used to the food but once I realised how much weight I was losing I started to enjoy it and the time flew. I feel like a different person," she told the newspaper.

Earlier in the year, Kerry Katona shed a stone and dropped to a size ten after taking part in an intense two-week boot camp.

Have you ever considered signing up for a boot camp?