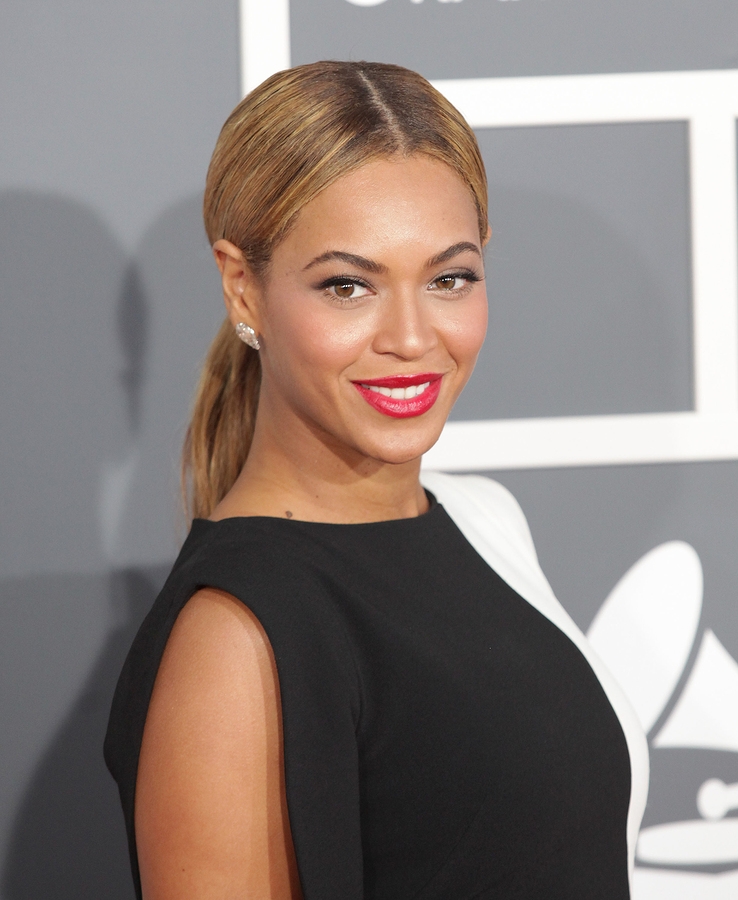 Beyonce silenced those pregnancy rumours when she flashed her abs recently at Kanye West’s birthday party in New York. It’s not like Beyonce has ever had a belly bulge, but how did she get those killer abs I hear you ask?

It has been reported that the curvaceous 31 year old has slimmed down while working with trainer Marco Borges as well as rehearsing for her Mrs Carter world tour. “She’s never had abs like the ones she has now and just loves that her stomach is rock-solid” reveals a source. Heat magazine spoke to Marco, Beyonce and hubby Jay Z’s trainer of almost seven years who was also responsible for helping her lose weight after giving birth to her daughter Blue Ivy in January 2012; ”Beyonce likes to get in there, get a great workout and get out. She’s very driven… there’s no complaining. She’s the kind of person who’s always in search of optimum wellness – she just wants to be healthy”, he said.

It has also been reported that Queen B has switched her diet, “Bey has a healthy diet, but she also loves treats, like wine and southern soul food”, revealed a source. “But she’s completely stripped back her diet and got rid of the carbs. She used to eat pasta or Thai curry before a show to give her energy but now it’s all about protein and high-fat foods”.

In March the singer admitted she worked extremely hard to slim and ditch the 4 stone she gained whilst being pregnant, saying “I’m not a person that is naturally very thin. I am a person that has to work at keeping my body in shape.

How you can get Beyonce’s abs!

Exercise 1: An hour’s dancing burns 610 calories and rehearsing and performing for two hours a night on tour certainly helps. “On top of our sessions, she does quite a bit of dance rehearsal on her own”, says Marco. “Any movement is going to burn calories”.

Exercise 2: She does a series of side planks, sliding pikes which are when you start in a plank and slide your legs up until you’re in a pike position and circle planks which involve keeping your body in a plank position but move in circles. Bey can hold a plank for five minutes. How long can you hold one for?

Exercise 3: Beyonce certainly puts the hours in, working out up to four times a week for around an hour each time and mixing things up every session. To be consistent, you need to enjoy yourself”, says Marco. As well as cardio, Beyonce does calisthenics, kettle-bell exercises and boxing.