Genes ‘are the reason some people struggle to keep weight off’ 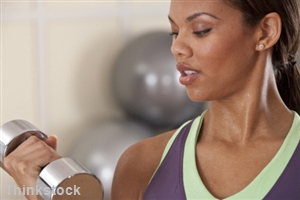 Women who have lost weight but are struggling to keep it off could have a genetic predisposition to being obese, a study has suggested.

More than 400 scientists from 280 research institutions across the world studied data to uncover the genetic basis of obesity.

Dr Joel Hirschhorn, of Children's Hospital Boston and the Broad Institute, who was involved in the study, said: "Different people have different susceptibilities to obesity. Some don't rigorously watch what they eat or how much they exercise and still resist gaining weight, while others constantly struggle to keep their weight from skyrocketing."

He went on to say that the new discoveries could help in categorising obesity and developing new treatments for it.

Last month, experts from the Medical Research Council Epidemiology Unit in Cambridge found that people can reduce their genetic predisposition to obesity by 40 per cent through exercising more.

Are you finding it difficult to lose weight?